In the first month of writing this blog, I wrote a post entitled “12 tips on making your dining experience better”.

Realizing that I have a lot of more recent readers who might not want to comb the archives for all of my pearls of wisdom, I thought it would be good draw some attention to this early post. It has some practical tips for diners to help them maximize their dining pleasure. You can read the article here:

“How to drive your waiter crazy” – from CNN

How to drive your waiter crazy

By Stephanie Goldberg, Special to CNN //

Most waiters would rather have a customer complain than leave unhappy.
STORY HIGHLIGHTS
//
RELATED TOPICS

(CNN) — Many people wouldn’t last a day in a server’s non-slip shoes.

Refilling glasses, balancing trays and clearing dirty plates with a smile can be taxing. But the prospect of a 15 percent to 20 percent tip at the end of the meal is the reason waiters work so hard.

So after a customer repeatedly dined without leaving a good tip at KanPai Japanese Steak & Seafood House in Winston-Salem, North Carolina, the restaurant decided to take action

It is certainly not customary for servers to complain to diners if they’re unhappy about their tip, but restaurant manager Michael Lam said this was a unique situation.

“In the restaurant business, of course you have people not tipping or not tipping good,” Lam said. “You can’t just tell them, ‘don’t come.’ … But [this particular customer] made a lot of trouble. [Her party] asked for a lot of things and was never satisfied.”

Our good friend Steve from the blog  Waiter Extraordinaire is quoted in the article, as well as another Steve, the Steve who literally wrote the book on waiting tables, “Waiter Rant” (the blog and the book).

An interesting article, to say the least.

One thing that should be emphasized is that waiters aren’t immune to bad days. A guest should never feel forced to tip well in the face of rude, indifferent or bad service. We waiters shouldn’t feel entitled to a certain level of tip just for showing up. However, most of the time, if there’s a situation of a less than appropriate tip, it’s because of ignorance or willful behavior on the behalf of the guest. Guests should understand that if a waiter makes a good faith effort to serve them, the waiter deserves to be compensated. Mistakes happen. It’s how the waiter and management responds to those challenges that determines whether the guest leaves relatively satisfied. I mean, how many of us are 100% perfect in our jobs? Most people get paid the same regardless of whether they have a hiccup or not in their job performance. Waiters should be treated the same. I’m not even saying that we deserve a certain level of compensation regardless of performance like most of our guests get, just that circumstances sometimes have to be taken into account and how a waiter deals with those circumstance should also be factored in. If a waiter doesn’t seem to care about a problem, either real or manufactured in the mind of a guest, then, by all means, dock them. and if a waiter performs at a high level, they should be rewarded. It’s the carrot and the stick. If a guest wants continued good service in the future, they should reward great service and penalize poor performance. It’s a pretty simple concept that sometimes eludes our guests.

To visit Waiter Extraordinaire and Waiter Rant, go to these links:

Dude is in some trouble.

How do I know?

This was a post from months ago about how he allegedly got a waiter fired for asking for ID from a young woman in his party. It wasn’t even about “sexual assault”.

Ever since I posted it, Big Ben has been like ketchup – it gets a few almost daily search results. People seem fascinated with both Heinz and Big Ben. But the last couple of days seems to indicate massive interest in anything Roethlisburger, and that can’t be good for him.

In a way, it’s cool to get the page view count up. I am under no illusions that much of it will stick, but if it gets some people to stick around and check other posts out, then that’s cool, I guess. It would be great if a few restaurant customers get to see things from the other side of the table. Maybe this will help a few people understand a little more about what waiting tables is all about.

This new bump will certainly get me to 100,000 page views before the first year is up, which was a goal of mine. But it was trending that way anyway. It will just happen sooner, I guess. 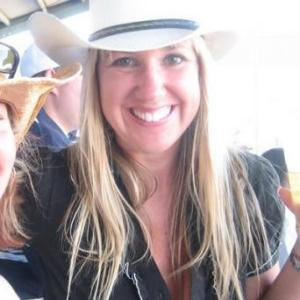