Cookbook of the day – The Paris Cookbook 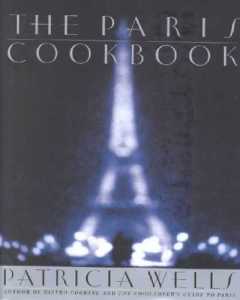 Famed food author Patricia Wells has written a love letter to Parisian life. Having lived in France since 1980, she’s at home in the glittering night life of Paris or the slow calm of her home in Provence, which she has also written about in her book (to be reviewed by me in a future post), The Provence Cookbook. She wrote about bistros long before it was discovered by a voracious American culinary scene.

She certainly doesn’t give bistros short shrift in this book, but she also discusses the 25! Michelin starred chef Joël Robuchon, featuring several of his recipes including the famedMacaroni aux Truffles Joël Robuchon, variations of which have become quite fashionable here in the States.  She pulls a recipe from Guy Savoy’s brasserie, Cap Vernet (Salade à la Maraîchère Cap Vernet,a simple mixed green viniagrette-infused salad with thinly shaved Parmegiano–Reggiano). And she creates dishes inspired by market vendors and old clipped French magazine recipes.

Many famous and obscure Parisian citizens inside the culinary orbit are name-checked and you’ll catch a measure of the passion that Wells feels for Paris and French cuisine.

It’s an interesting read and well worth adding to your cooking library. 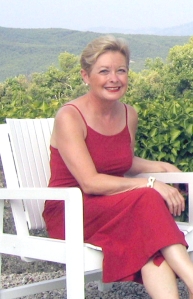