I’m from the South.

That’s the South of the US, not the south of America (because that’s anything from Columbia to Chile).

Not the south of France.

Not the South Pole.

The South of the overturning of Jim Crow, Jim Jarmusch’s Mystery Train, the Civil Rights Movement, jasmine-scented nights, and a sense of the gentile. The South of soft vowels, Southern Belles, Southern Gentlemen and kudzu.

I grew up in Memphis.

I’m not from the Memphis of the murder of Dr. King, segregation, the Vegas Elvis, the tearing down of the Stax studios in the name of “urban renewal”, The Public Eye,  decaying Overton Square, the rending of neighborhoods by means of the Interstate, Frayser (although I only include Frasyer because it was almost like the dark side of the moon to me, not because I’m participating in the bashing of Frayser that’s so common, although I’ll note a higher percentage of mullets in that part of town, at least when I was growing up), and a racial divide as large as the Grand Canyon.

I don’t live in Memphis now. It’s a little too flat for me; it’s a little too humid in the summertime (although the humidity is the very petri dish that has incubated much that is great about Memphis and some that is not-so-great). And I just happen to live someplace else now. And I’m happy to be living where I’m living. But not because it’s not Memphis.

It is said that the Mississippi Delta ends in the lobby of the Peabody Hotel. Who am I to argue?

But this is about something else.

People don’t understand the South, especially those from elsewhere.

Well, I’m about to give all of your outlanders a little hint of what makes Memphis a magical place.

Jesse is actually of Louisiana earth. Born there, he was but an infant when the family moved to Mississippi and then 12 years old when he ended up in Memphis.

In 1967, he received his draft notice for Vietnam and being of sturdier stock and of pacifist mind, he moved to Canada to avoid serving in a war that he considered unjust. Canada, to its infinite credit, took him in and nurtured him.

He lived in Canada for many years, barred from returning to his country. In 1970, he recorded an album, Jesse Winchester, produced by Robbie Robertson of The Band and engineered by Todd Rundgren. The album, while not a huge seller, was a collector’s item by the mid-70s, being already out-of-print by that time and influenced countless musicians from Babe Ruth in England to singer-songwriters everywhere. If you had Jesse Winchester, you had a password to the cool club. If you even knew “Brand New Tennessee Waltz” or “Black Dog”, or “Yankee Lady”, you were hip.

In 1977, President Jimmy Carter pardoned draft dodgers and Jesse was allowed  to legally and without restriction re-enter the US.

His distillation of the southern experience over the years, especially through the first album touched those in the know, including Elvis Costello.

And now we get to the reason for this post.

Costell0 has a show on the Sundance Channel called Spectacle. He sometimes brings together musicians for his show, and in the most recent season, brought Winchester together with Neko Case, Sheryl Crow and Ron Sexsmith.

This thing of beauty.

This thing that might not be available for long, considering the copyright issues that abound these days.

This…this thing that will shine a light on what the South can…should be all about.

This thing that distills all of the best of Memphis into a glowing mason jar filled with the fireflies of summer.

Stately, wistful, longing…I don’t know how one Southern gentleman can embody those traits and bring a fellow singer-songwriter to tears and another very cynical British rocker to mute astonishment. But he does.

Don’t believe me? Watch both Elvis Costello and Neko Case during this clip. I swear to god that you’ll see a tear fall over Case’s pale cheek. And you’ll see Costello looking as he rarely does – stunned.

So, here’s the clip.

This is a song from his most recent release, Love’s Filling Station as performed on Spectacle, a show that you can follow on The Sundance Channel.

I don’t know how long the clip will be allowed on YouTube, but I hope that you will check this out.

It’s tender, gentle, wistful, romantic, treacly (in the best possible way), melancholy, and a slice of life. Most of the preceding are things that normally make me wary.

This song and rendition is everything great about the South and repudiation of everything ugly.

Trust me on this. 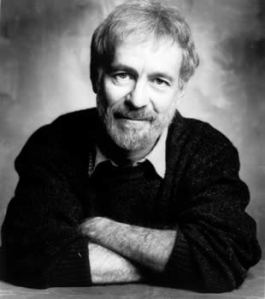