Restaurant earnings: Beyond the numbers – from Nation’s Restaurant News

Restaurant earnings: Beyond the numbers

Beyond the numbers, companies laid out strategies aimed at combating the sluggish economy and igniting sales and traffic.

The article goes on to list four companies’ results, Darden, the parent of Red Lobster, P. F. Chang’s, which reported a doubling of profit in the 4th quarter of 2009, Denny’s and Jack in the Box. The article explains that there are bright spots in casual dining, while higher end chains still continue to struggle.

This is a long way from 2005, when articles like this from NRN were legion:

Most steakhouses have struggled to fill seats and stem bloodletting from eroding covers. Some, like Palm Steakhouse, are expanding to foreign and other markets. Palm has recently opened a London restaurant and is planning several more in Europe and are eying the Pacific Rim. They are also opening Palm Bar and Grill, a micro version of the venerable restaurant, in JFK’s Terminal 4 (slated for opening last month) and, by all accounts, plan more in the future.  Morton’s is reaching even higher, announcing in-flight offerings from their famous brands. They’ve also offered a Filet & Lobster Tail Dinner via Lobster Gram, a full dinner for 2 delivered to your door for $149.00. You still had to cook it, but they tossed in a couple of “signature engraved steak knives” and Morton’s Signature Grilling Salt and clarified butter.  This program, started in November 2008, has since been discontinued. Guess it wasn’t the hit that they hoped for.

Independent restaurants have also struggled. One ingenious thing that has been done in Nashville is Nashville Originals, an organization of like-minded indie restaurants designed to promote dining locally as well as offering the benefits of increased scale. While it’s been around for several years, it’s still a nascent organization. Its on-line presence is still a bit primitive and the promise hasn’t been fulfilled quite yet. When they first started, there was talk about possibilities like shared purchasing in order to get better prices, but I’m not sure that this promise has ever come to fruition (it’s probably logistically difficult). About the only shared thing that’s really evident other than the occasional press release is a gift certificate that can be used at any of the member restaurants. I hope that they can get some traction, but it looks like the day-to-day challenges of running an independent restaurant are preventing some serious traction. It’s probably like trying to herd a clutch of cats. Here’s their website:

As you can see, there’s definitely improvement to be made there.

I’ve noticed that there are such organizations in various communities throughout America. Hopefully, they can offer some benefits that will help indie restaurants through this challenging economic landscape. 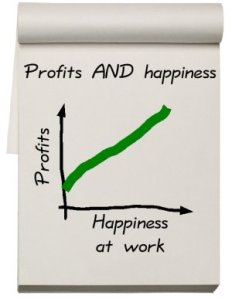