A MCLAREN Vale wine maker says he’s “gut-wrenched, shocked and numb” after losing more than $1 million of his flagship shiraz when a container crashed from a forklift.

Mollydooker Wines‘ 2010 Velvet Glove Shiraz sells for $185 a bottle, but now winemaker Sparky Marquis has lost a third of his production after the mishap which destroyed all but one of the 462 cases bound for the US.

As the container hit the ground the force of 12 tonnes crushed the cartons, reducing many to a third of their normal size.

“It was unbelievable, crazy. It was not what I wanted to hear,” Mr Marquis said.

“When they opened up the container they said it was like a murder scene.

“There was red everywhere.

“But it smelled phenomenal. They were really impressed with the smell.” 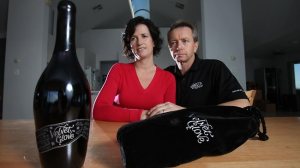 An incredible loss. I hope the forklift operator wasn’t sneaking hits of The Boxer while trying to operate the lift.

All but one case meant for the US destroyed. Sob. Now that’s a left hook!

Starbucks to rebrand selected locations to offer beer and wine

“Starbucks said one of its Seattle stores will serve a variety of beer and wine as part of its effort to rebrand the location as a locally-oriented cafe.

The store, set to reopen next week after renovations under the new name “15th Ave. Coffee and Tea,” will offer a half dozen varieties of beer and wine in an attempt to expand business during the slow evening hours, USA Today reported Friday.

Major Cohen, senior project manager at Starbucks, said a bottle of beer or a glass of wine will sell for between $4 and $7. He said Starbucks is planning to open two similar locations in the Seattle area and the concept could be spread to other cities if it proves successful”. 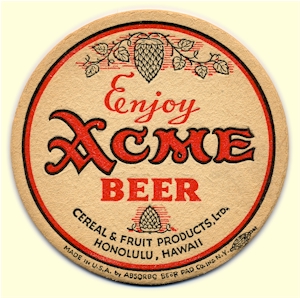